Sea rescue transmitter for every requirement with different ways of alerting.

3 different alarm and location functions combined in one device. Based on the AIS SART easyRESCUE, the easyRESCUE-PRO3 also includes DSC “distress call” and the 121.5 MHz homing location function. The TOP solution for tough operations on the high seas from Weatherdock

The AIS MOB easyRESCUE-PRO combines with AIS and the DSC Distress Call two different alarm functions in one device and is the perfect solution for the “man overboard” emergency. 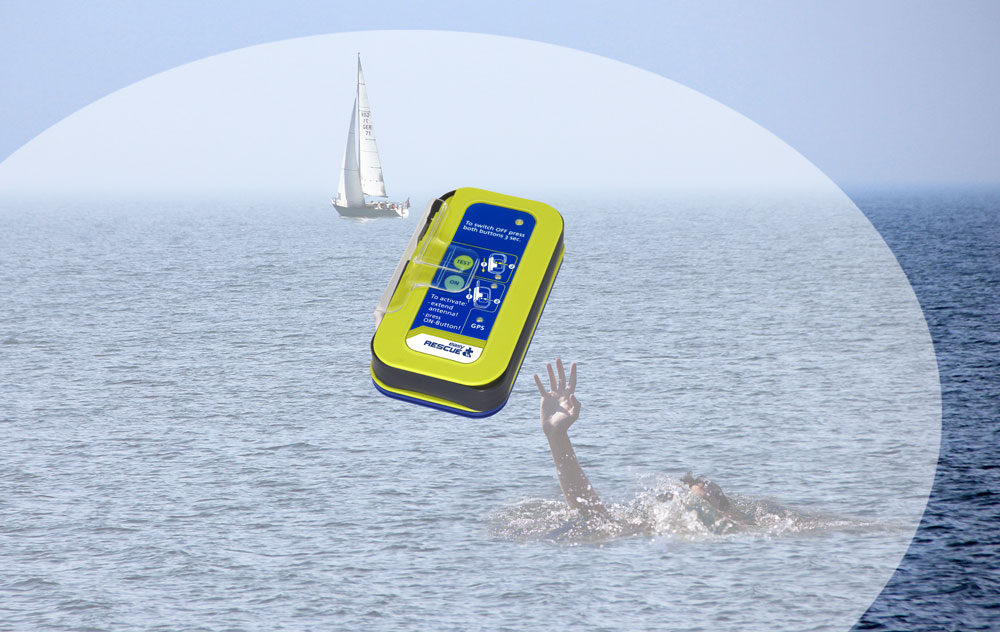 The AIS MOB easyDSC-cl combines with AIS and the DSC Distress Call two different alarm functions in one device and is the perfect solution for the “man overboard” emergency.

DSC & Homing – what exactly is it?

DSC is the abbreviation for “digital selective call”. It means that DSC two-way radios can be addressed specifically using a special number. This also applies to an emergency call to the radio on a ship. Thus, DSC represents an alarm functionality. 121.5 Homing means that a signal is transmitted on this particular frequency that can be targeted in order to determine a direction in which to drive. Homing thus represents a location functionality.

AIS MOB vs. AIS SART – What are the differences?

An AIS SART is a rescue transmitter that has successfully passed all 35 tests required by the International Maritime Organization IMO for SOLAS certification. Only devices with the SOLAS symbol

may be designated as AIS SART.

An AIS SART has a higher transmission power than an AIS MOB (at least 3 watts) and a significantly longer battery power (at least 96 hours at -20 ° C). In addition, “buoyancy without buoyancy aid”, “resistance to oil, UV radiation, salt water and impact on water from great heights” play an important role in SOLAS certification – along with many other test scenarios.