Have you ever asked yourself what creating a resilient team means? Well, that is exactly what a group of people are trying to find out in the Antarctic – this project is called “The Antarctic Endurance 2016”.

In a two year research program centered on a six weeks sailing and mountaineering expedition in the Antarctic and South Georgia, a century on from Shackleton’s extraordinary recovery from the Weddell Sea, a selected team of Naval Personnel from United Kingdom’s Royal Navy and Royal Marines are celebrating the Endurance Expedition 1914 – 1917. This expedition is now considered the most important expedition of the Antarctic exploration.

Now, in January and February 2016, the Antarctic Endurance 2016 team wants to follow the example of Shackleton, the great sailor of the heroic age of Antarctic exploration. Their purpose is to inspire a new generation of marines and sailors. Their slogan is: inspire celebrate educate

They educate, because they want to research in the key aspects of the dynamics and leadership and they want to show how those can be applied across the full spectrum of military operations, management and business.
Weatherdock and its partner in the United Kingdom, Pinpoint Electronics, have sponsored this initiative, we wish the members of this team success and the fulfilment of their purposes.

We are sure that this mission will not be an easy one, but we do hope that our easyONE gives them a feeling of security in the accomplishment of their expedition.

You can track the progress of this project and keep up to date at their blog: www.antarcticendurance.co.uk or on Twitter @antarctic2016. 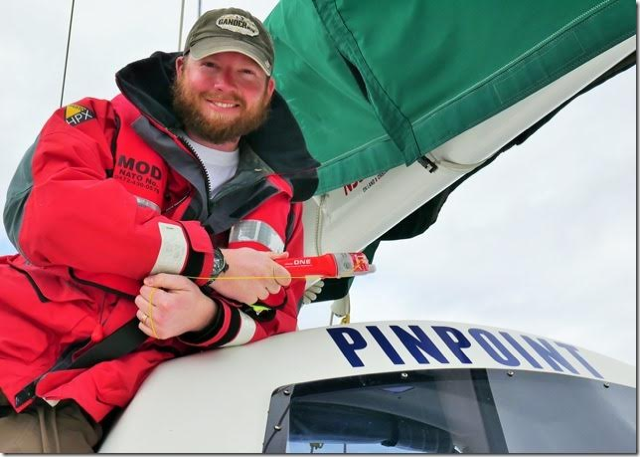 Photo: Josh Cowart, member of the expedition with an easyONE