Champions, not just in sales, but also in sailing!

One of our most successful dealers in Europe, the owner and manager of the company “Holland Marine Hardware”, Dirk Bouma is also an excellent sailor.

On the 19th  and 20th of June the race “Ronde om Noord-Holland” took place. Weatherdock, together with Holland Marine Hardware participated as sponsors and Dirk Bouma also participated in the competition.

For the few who do not know the sailing race; “YSY around North Holland regatta” (http://rnh.ysy.nl):
Every year this regatta takes place on the Markermeer, the IJsselmeer, the western Wadden Sea and the North Sea. The Regatta starts from Muiden and the route leads through Enkhuizen, Kornwerderzand, Den Helder and finishes in IJmuiden. There were about 160 ships with around 700 participantsparticipants in the race around north Holland in 2015.

When you face 5-6bf wind the only possible way to achieve three triumphs at a time is with courage, great skill and tactics.

Off course, the safety equipment on board is Besto and Weatherdock: Besto 275N lifejackets with the easyRESCUE (AIS-SART) inside for maximum safety in case of emergency.

Congratulations to Dirk Bouma and his wife Sabine! We will celebrate these beautiful prices with them when they visit us in Neurnburg. 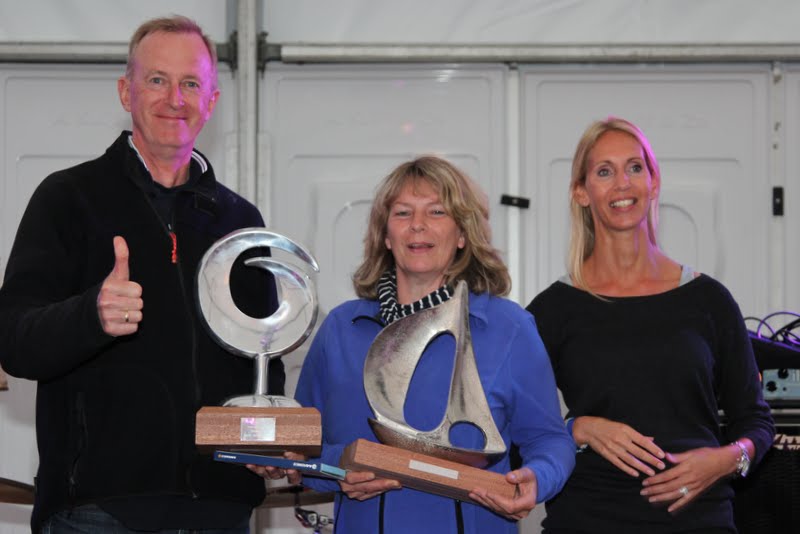