As part of the TV series “KITCHEN IMPOSSIBLE” on the German TV channel VOX , the celebrity chef Tim Mälzer had to do what a normal matrose do in a frigate of the German Navy. He was not only active in the tasks of the Caboose staff but he also had to participate in a “man overboard” situation. During such an exercise Tim Mälzer can be seen with a lifejacket, inside of which the AIS S.A.R.T.  easyRESCUE is. 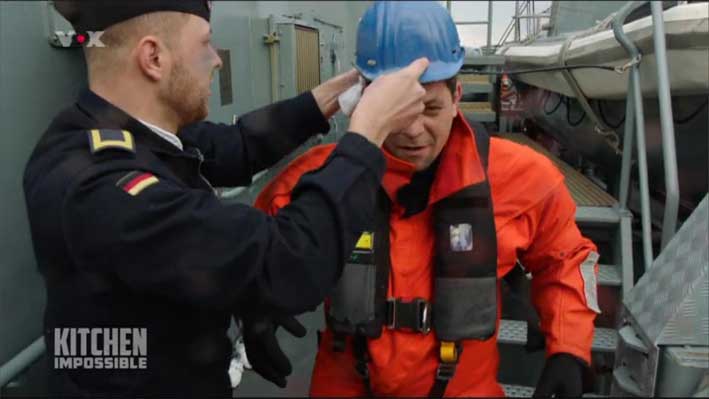