Weatherdock, the most innovative global provider of VHF based tracking units, is under the 100 best midsize companies in Germany (Up to 500 employees, less than 50 million turnover). The “Best German Midsize Company Award” is the most important award a company can get.

Being under the best 100 companies is a great success for the Weatherdock AG. The Jury nomination among the best 100 in Germany is already a honor by itself.

The Jury said ‘this innovative company has opened opportunities by means of new technologies in Asia, South America, Africa and Middle East.`’

In addition Weatherdock AG is active in a wide variety of industry sectors.

Being under the best 100 was documented by an Award Celebration 20th June 2016:

The finalists and the three winners will be awarded at a big “Prize Gala Evening” 24th September 2016.

Alfred Kotouczek-Zeise, CEO of Weatherdock Cooperation “In comparison to other quite local national awards, to be among the best 100 companies for the Jury decision of the ‘Best midsize German company’ in September is a proof for our innovation in and around our development team and the world leading technology of our products. Weatherdock will continue with the economic success and will extend the dominate role in the global maritime domain awareness markets in the future”. 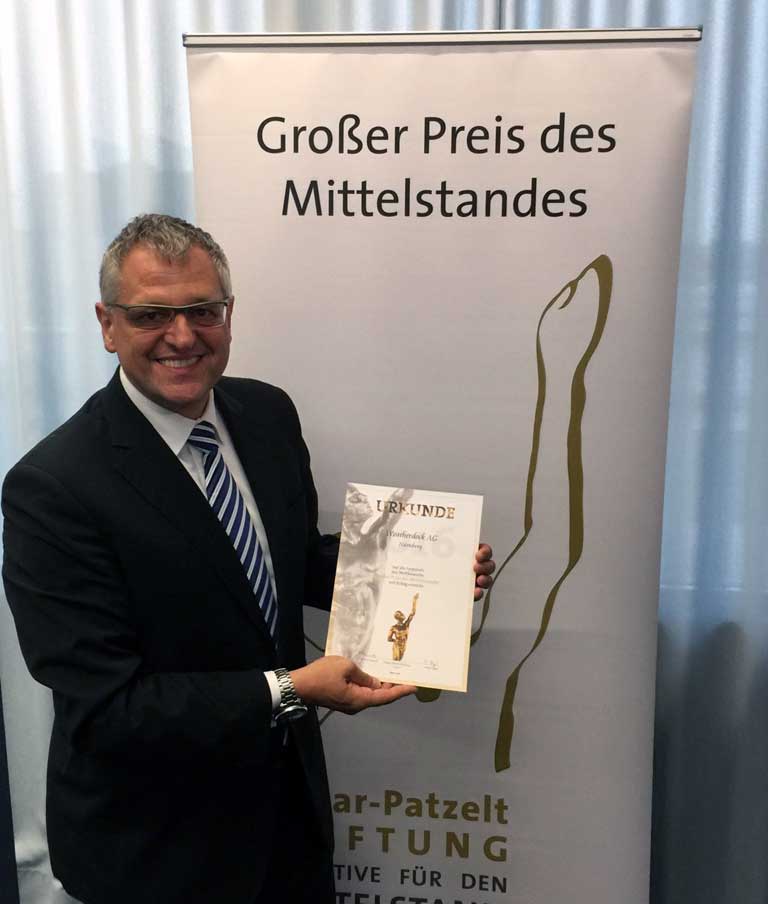 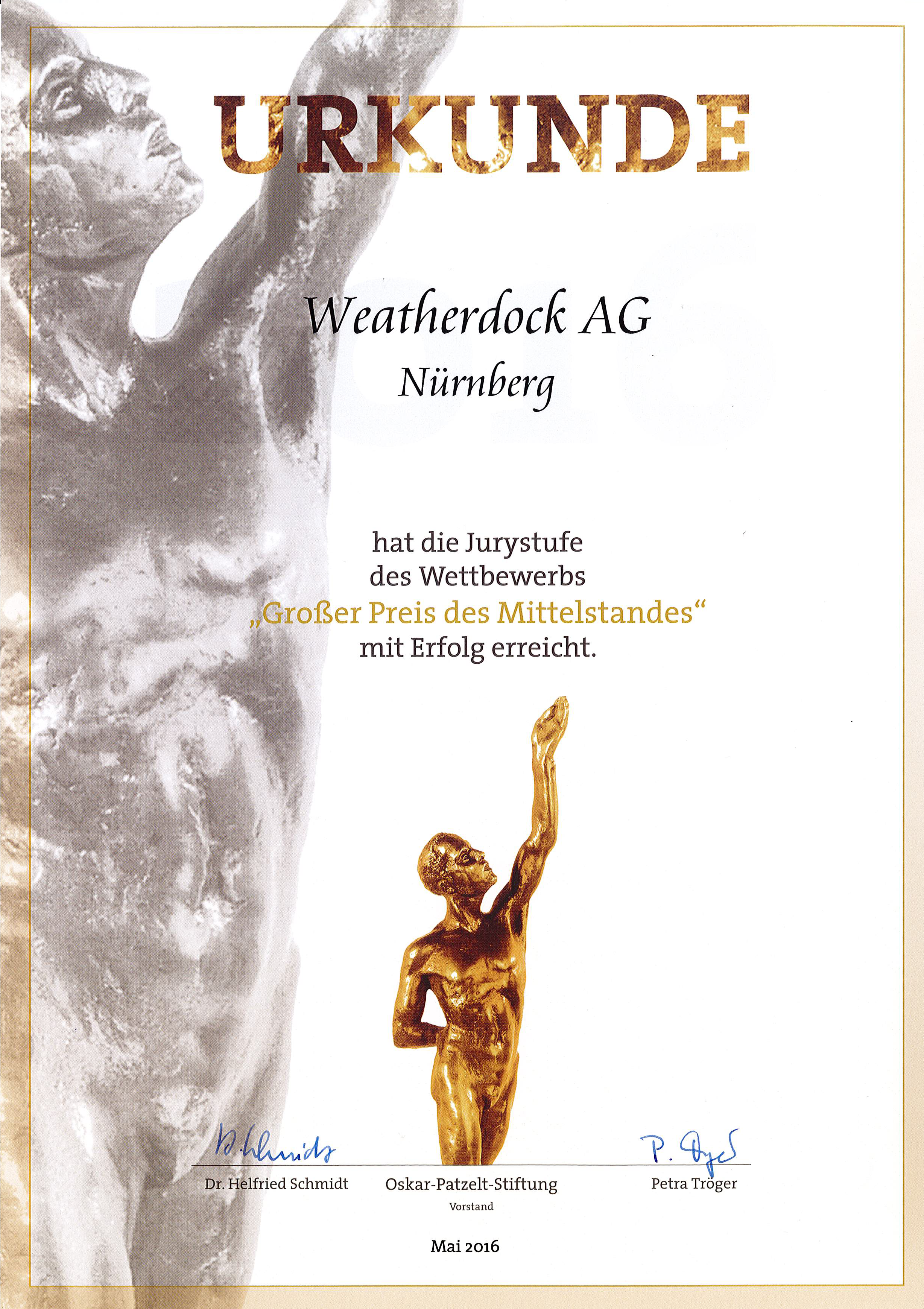