Yachting Monthly magazine reports in its issue of September 2015 about a comparison of six AIS emergency beacons that are on the market, including two devices of the company Weatherdock: the AIS MOB easyONE and the AIS S.A.R.T. easyRESCUE-PRO.

The editorial team conducted the tests at sea, specifically in Solent, south coast of England. After getting permission from local authorities (Solent Coastguard) they proceeded to evaluate each of the AIS beacons, checking if the emergency AIS message was received properly by their Garmin receiver they had onboard. After testing the units they gave their verdict and rated from 1 to 10 each of the devices.

In these tests Yachting Monthly rated the AIS S.A.R.T. easyRESCUE- PRO (including additional DSC  distress functionality) with 7/10 and the AIS MOB easyONE with 8/10 being the easyONE the best qualified of all the AIS emergency beacon which were tested.

In its verdict on the easyONE, the editorial team provides this argument:

We like the lightness and simplicity of this device, its ability to transmit for 36 hours, and its 7 years battery shelf life. We also like the fact that it floats and can be activated automatically without relying on a conscious MOB or the inflating bladder of a lifejacket to trigger it.

The full report can be read in the September 2015 edition of Yachting Monthly. 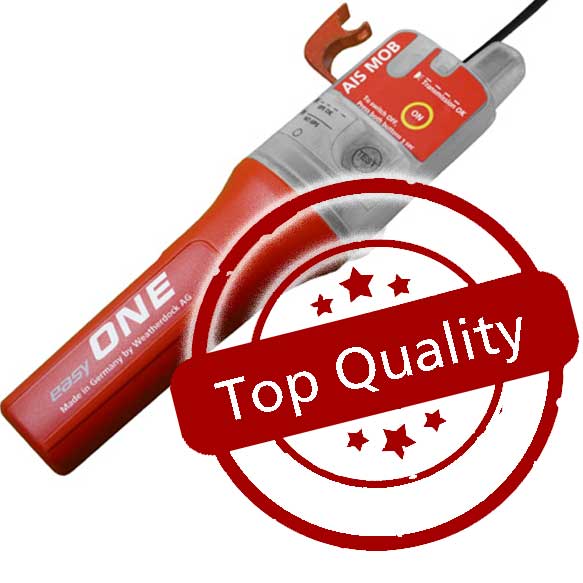