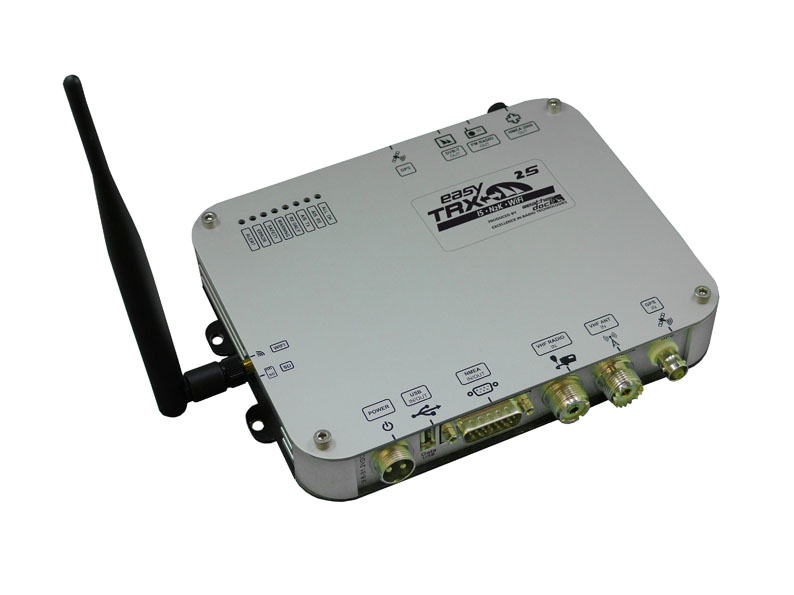 Running the “easyAIS” App, you will see a radar screen appearing, showing all received AIS targets within range. A click on a target will provide you detailed information about this specific target, such as ship’s name, speed and course over ground, etc. Additional information about your own boat’s navigational status like your own speed, course, wind, etc. are available through sub-menus of the App, if you feed the easyTRX2S-WiFi built-in multiplexer with boat information.