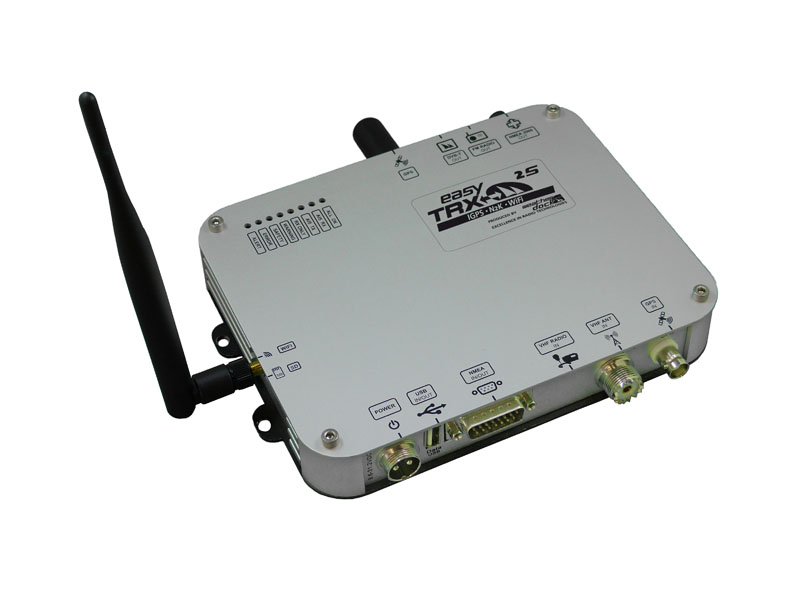 The ClassB unit easyTRX2S-IGPS-N2K-WiFi receives AIS ClassA and ClassB signals and transmits its own data according to ClassB standard. The received data telegrams are processed into a NMEA protocol which can be interpreted by chart plotters or PC software.

All the easyTRX2S series are performing with a lot of useful features:

By means of USB port connection to PC or Laptop is possible. With the software, one can chose between 38400 or 4800 Baud data rate. Function activity is shown by 8 LED’s.  The easyTRX2S is able to interpret incoming AIS data for CPA alert or AIS S.A.R.T. emergency messages. Additionally, the easyTRX2S devices can be used as power source for external alerting devices. All received and transmitted AIS data can be stored with internal SD Card recorder. With the build-in multiplexer input 3 devices with different baud rate can be plugged to the easyTRX2S units. At least the external cable harness gives the possibility for outsourcing functionally like “change into silent mode ” or “PAN PAN emergency call” by switch.

The integrated GPS antenna is the new part of this AIS transceiver unit. This reduces the need of an external GPS antenna mounted on deck if the easyTRX2-iGPS-N2K-WiFi is going to be used in Polyester boats.

For stainless steel vessels this unit is not useful. Here you have to connect a separate GPS antenna to the unit. The integrated NMEA2000 Adapter enables to connect this AIS transceiver into the latest NMEA2000 network standard aboard.

With the wireless link to your mobile device, these data will promptly be received there as well.

What is needed to run the easyTRX2S-IGPS-N2K-WiFi?

The ClassB device needs to have its own GPS and VHF antennas. As an alternative you can run the easyTRX2S with the VHF antenna switch easySPLIT-OCB for using your existing VHF antenna. A separate GPS antenna is still needed. Another alternative is the VHF/GPS combi antenna.

easyTRX2S-IGPS-N2K-WiFi and gadgets that work together

Your PC has to work at least on WIN XP SP2 and screen resolution 1024*768 for configuration. Plotter or PC software have to be AIS compatible to display incoming AIS data on screen. A MMS number is required to broadcast data – you will get it from German “Bundesnetzagentur” or the competent authority on your country. Your distributor will program your easyTRX2S for that MMSI number. By means of the NMEA2000 adapter the unit can be connected to all devices running with this NMEA standard.

AIS data by WiFi from easyTRX2S to a router with internet connection AIS data & internet available on all device´s connected to the router(e.g. WiFi from harbour, own 3G/4G hotspot aboard) 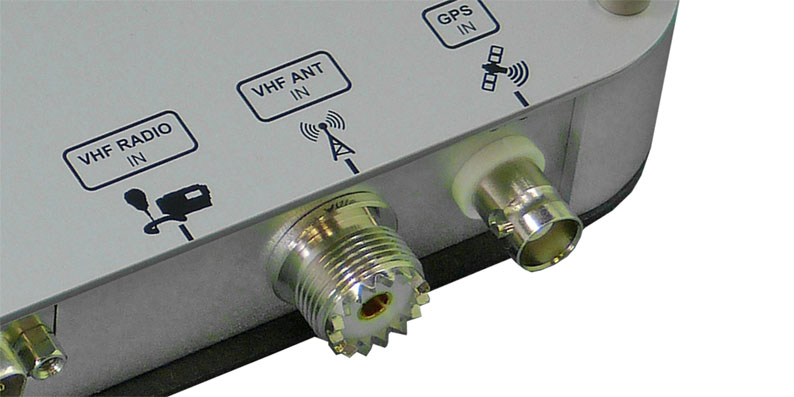