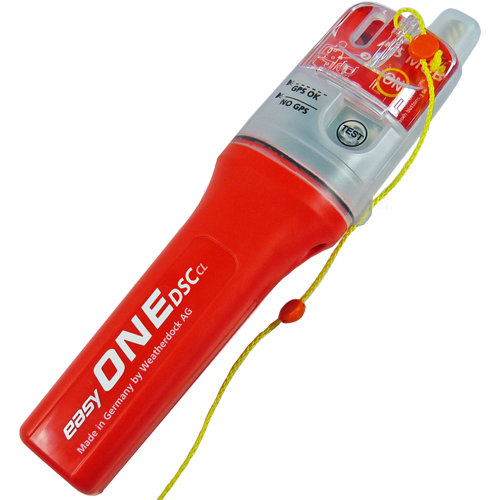 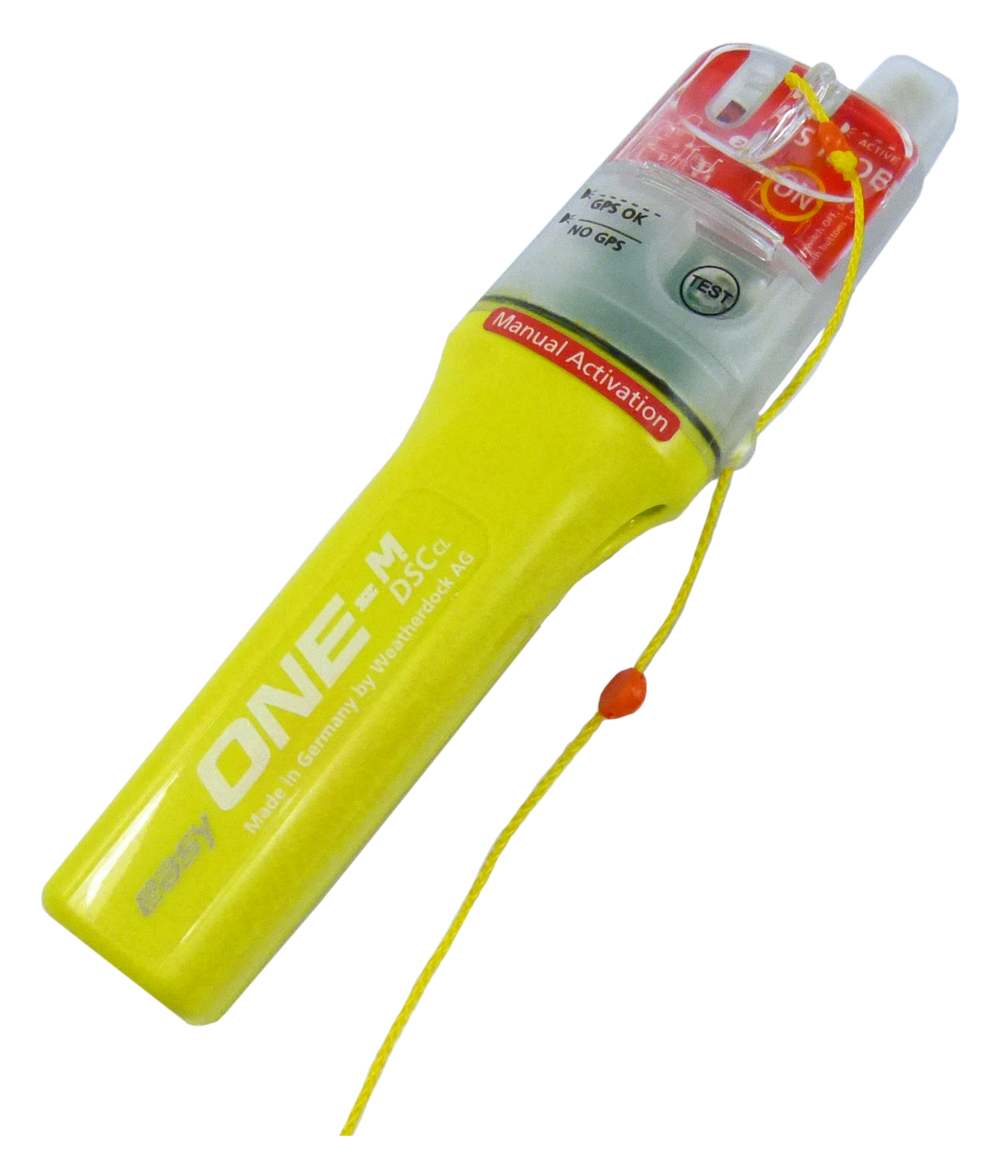 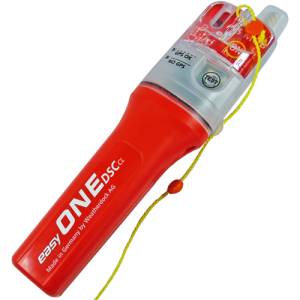 Some easyONE-DSC devices with service interval Feb/2026 to May/2026 may have a faulty “test” function. However, the functionality in the “Alert” mode is guaranteed.
In the context of preventive user safety, we ask you to return equipment with the above service interval to the company Weatherdock for inspection if necessary.

It is developed to increase the efficiency of Man over Board emergency alerting to the vicinity according to all existing standards by starting broadcasting within seconds after activation. Basement of this device is the world’s first AIS MOB unit with full automatic activation – the easyONE which is successful in the market since 2014.

In case of a “man over board“ situation, the life jacket inflates and exposes the easyONE-DSC-CL which is placed between the folded blatter. When fully submerged, the unit is activated and the antenna is automatically unfolded. This AIS MOB is attached to the victim‘s life jacket by a cord and floats on the water around the victim. A strong LED flash light ensures better visibility at night.

Two LEDs indicate functionality of the unit. This simplifies the use in distress. If the easyONE-DSC-CL is triggered, the battery capacity lasts for more than 24 hours of parallel transmission of AIS and DSC. Due to this fact and its palm size, the AIS MOB easyONE-DSC-CL is the perfect companion.

Being activated, the easyONE-DSC-CL starts transmitting a full AIS MOB emergency message. It contains the individual unit ID, current GPS position, as well as COG and SOG of the victim. As the unit ID starts with “972…“, each AIS receiver within range up to 7 to 8 nautical miles (bad weather conditions and height of receiving antenna may reduce the range) receives this emergency message. The connected chart plotter or PC screen displays the official MOB symbol (red X with red circle).

Goal of the easyONE-DSC-CL is to fasten-up the alerting of the “next to the MOB” vessels. The combination of these two most effective communication ways will be the result which probably can make the difference between saving or losing a life at sea.
Due to the palm size the MSLD easyONE-DSC-CL is ready for usage with every kind of automatic life jackets, no matter which manufacturer. With a bright red LED flare the MSLD has got a high visibility for miles.

The easyONE is ready to use and registration or license is not required.

With the easyRESCUE app, up to 8 different MMSI numbers can be pre-programmed in the rescue transmitter via Bluetooth.

The EasyOne has been certified in accordance with

Our easyONE-DSC Rescue Transmitters have a basic approval and do not have to be registered anymore! 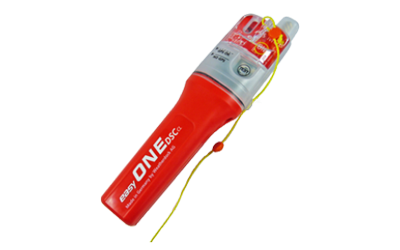 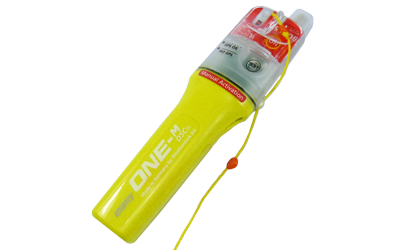 Only manual release and therefore ideal for all water sports. 4260276740383 Our easyRESCUE Rescue Transmitters have a basic approval and do not have to be registered anymore! 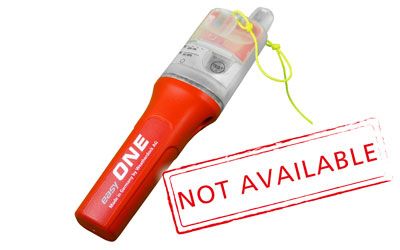 This product is replaced by A10901 easyONE-DSC-CL

AIS MOB with automatical activation and more than 36 hours of battery capacity. 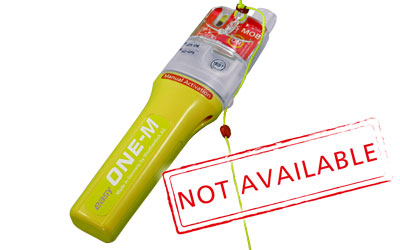 This product is replaced by A10902 easyONE-M-DSC-CL